Stata 16 offers extensive additions to Stata’s Bayesian suite of commands, which include

Last but not least is that bayes: with multilevel models such as bayes: mixed now runs faster! 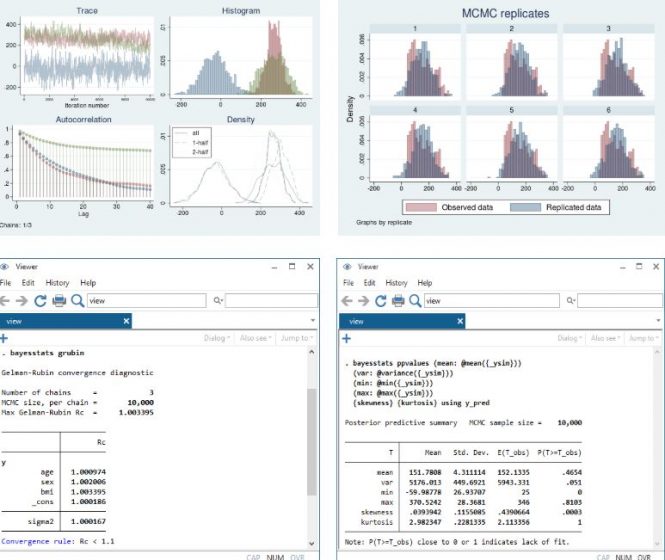